My apologies for not getting my act together to post very much lately.  Here is a quick recap of August in Dog-Lover's land.

The first day of the month was the start of the local exhibition/fair and I demonstrated spinning there every day.  We found out that dearest grandbaby is a girl just hours before I headed to the fair so I quickly dug out some pink fiber to take along.  I'm still working on it so yarn pictures will follow when it's done.  Last year I developed tendonitis in my shoulder from spinning at the fair so this year I made sure that I changed up what I was spinning so that my body would move more.  I spun on my wheel, charkha, drop and support spindles so my shoulder was much happier this year.  It was interesting that I had more interest from men than women; I think they were fascinated by the mechanics of the wheel and charkha.  We were not in a high-traffic area this year so it was pretty quiet for the most part except during a huge storm when the midway was shut down and people were scrambling to stay dry.  I would prefer a busier location next year but it's not in my hands.

Katie and Darcie spent some time spinning there too.  Katie has developed into an extremely good spinner!  It was amazing to see how much better she is now than she was last year.  She hasn't spent much time spinning at home so I guess she's absorbing the skills by osmosis.  I had carded some batts for her and she spun and plied about 300g of them in a couple of days at the fair.  I'm thinking I should be hiring her to spin some of what I have on the go.  She's a lot speedier than I am. 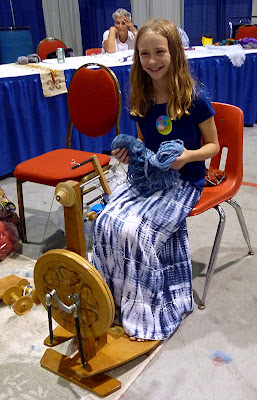 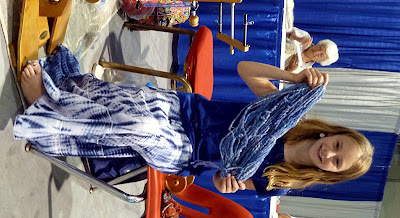 I think she's planning a hat with her yarn.

We had a good assortment of various types of spinning as you can see by our little spinning corner during the supper break. 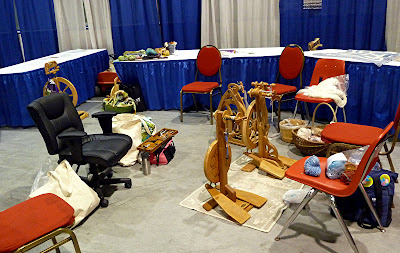 Other fiber arts being demonstrated in the building included Jean with her rug hooking, 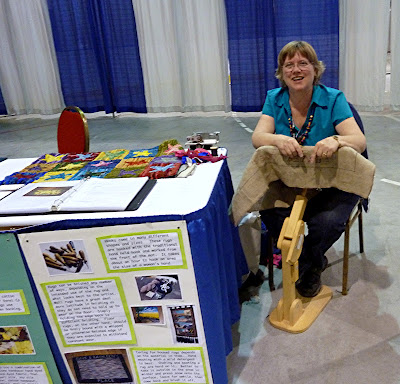 knitters, stitchers, and other needleworkers, 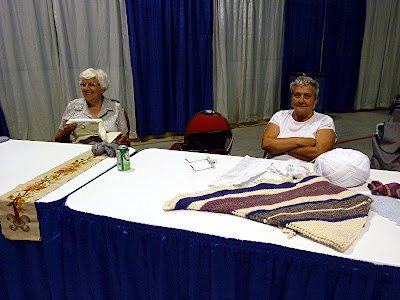 and quilters with some amazing quilts. 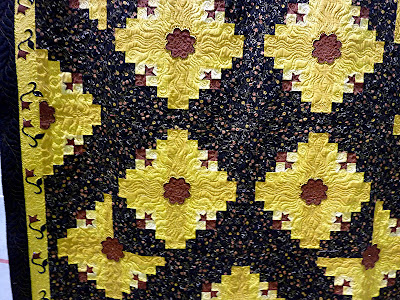 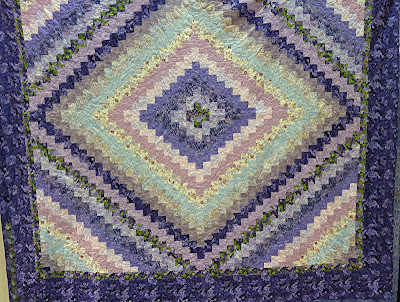 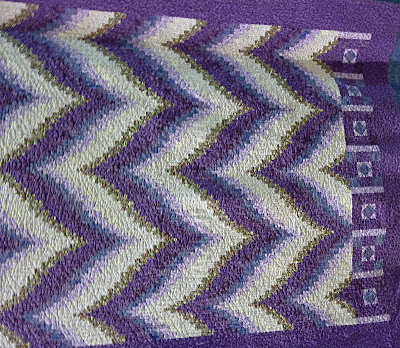 In the center of the building a sand sculpture was constructed over the course of the fair.  It was pretty cool. 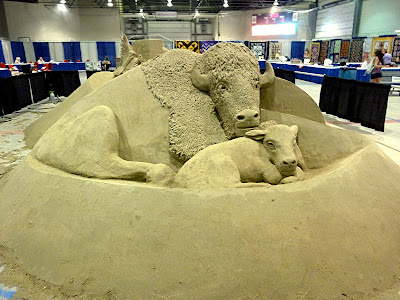 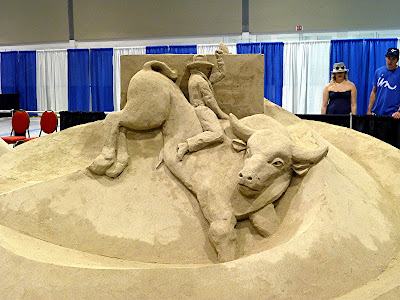 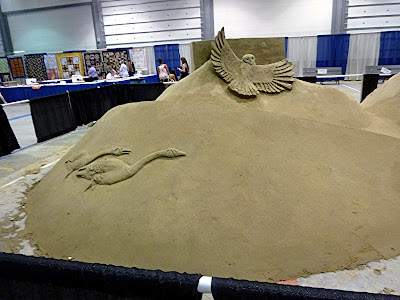 There was also an interactive mosaic.  People painted tiles and they were assembled like this. 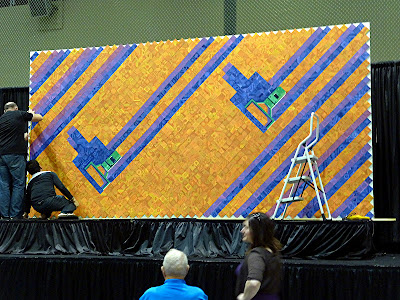 At first I though I was looking at grain elevators from the side then realized that, from a bird's-eye view, there were two combines harvesting the fields.

The day after the fair ended Austin got very sick, poor dog.  After a sleepless night I took him to the vet clinic and they diagnosed an intestinal protozoa as the cause.  By then Bentley was starting to show symptoms too so I got medication for both of them.  You guessed it, a couple of days later the other two dogs also got sick so they needed treatment too.  I was warned that it could be transmitted to people but thankfully I didn't get it.  All I can say is that I'm very thankful for my carpet steam cleaner.  It got a good workout that week.

That was the first half of the month.  Thankfully the rest of the month has been fairly uneventful.  When I got rested up after all the drama I gave all the dogs a bath and started to catch up on tackling everything around the house that had been neglected for those two weeks.

I totally missed getting the annual picture of the first day of sunshine on my kitchen window ledge.  Here is today's view (ignore the cobwebs on the outside of my window; the spiders have been very busy this year). 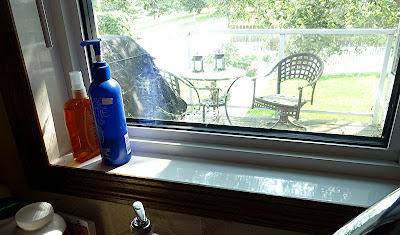 The days are getting shorter very quickly but it is still decidedly summer according to our weather.  We are riding a heat wave but the nights cool off much more than they did in July.

I will leave you with a photo of the blue moon on this last day of August. 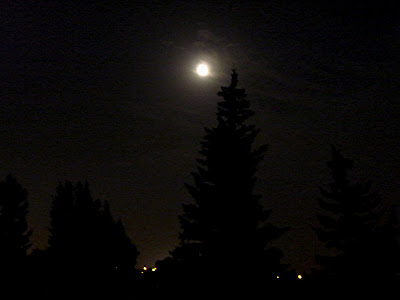 glad everyone is back to healthy. kudos to you and you rug steamer. the fair looked like a lot fun

glad everyone is back to healthy. kudos to you and you rug steamer. the fair looked like a lot fun