We've been riding a heat wave here in sunny Saskatchewan.  It has been very dry and the daytime temps have been into the high 20s (pushing 80 F).  There were a couple of nights in Sept. that we covered some of the garden veggies because of frost warnings but nothing in my yard froze.  The chilly nights made the leaves turn though.  It's been glorious! 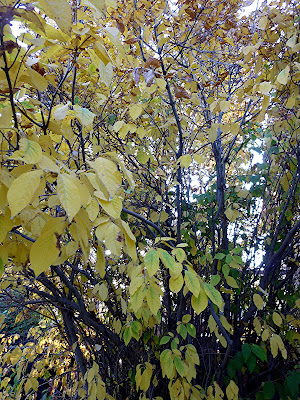 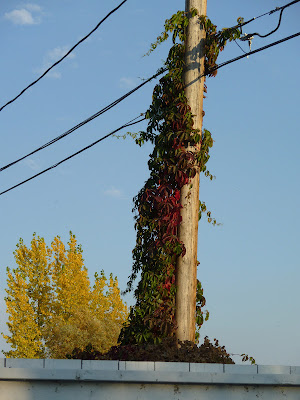 The garden is giving us lots of vegetables (there is nothing better than a tomato picked and eaten while it is still warm from the sun) and the flowers think it is still summer. 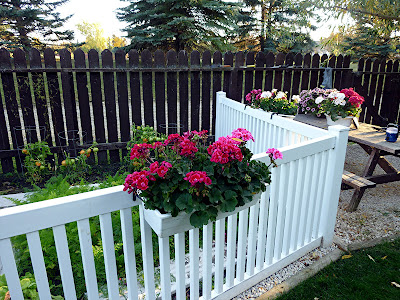 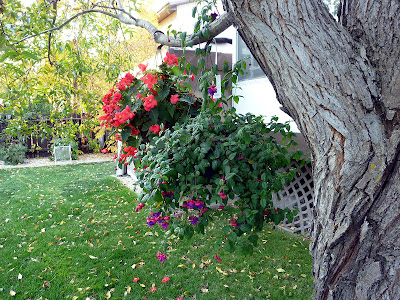 Cooper spends as much time outside as possible.  He is definitely not an indoor kind of guy. 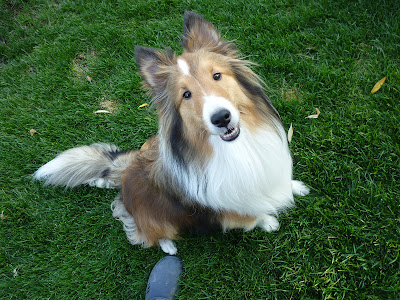 All of the dogs have been digging at the base of the big willow tree in our yard.  I think that there are mushrooms lurking along the root system and that's what they're after.  The poor lawn is taking a beating in the process.  Dan has been putting grates over the holes but the dogs just push them aside or dig new holes so it's been pretty futile to try to stop them.  I had trouble getting good pictures of the dogs today because they were so busy sniffing and digging.  Bentley, being a hound, has his nose to the ground most of the time. 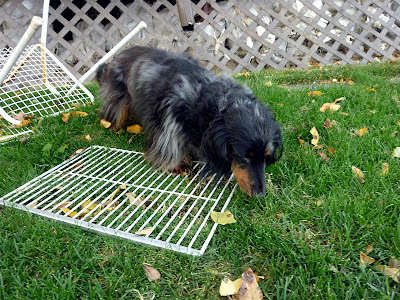 This picture of Austin is blurry because he wasn't interested in posing; too many better things to do on a lovely afternoon. 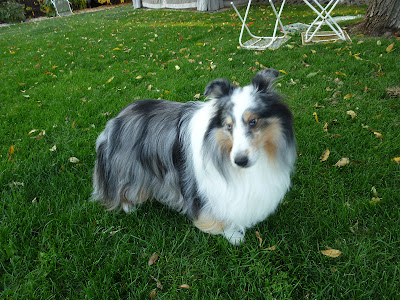 I did get a head shot of Robbie though. 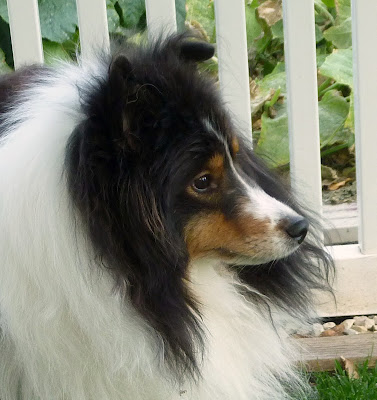 According the weather forecast this heat isn't going to last.  By mid-week we will be victims of an Arctic air flow and it will feel like autumn.  Although I really like the fall season I am sorry to say good-bye to summer.

And with the full moon, the weather has shifted. Great photos, Susan!

Hi Susan, I love Fall and am enjoying the wondrous and amazing varieties of Ontario apples!
This week promises to be warm so today I am cutting the grass, hopefully for the last time :-)

I didnt realize how far behind I was!!!! I'm assuming that those flowers are gone and much of the foliage has died off.

Have you gotten snow yet?