So, I'm back after an unplanned year and a half absence.  I don't know why I stopped writing this blog.  It just happened.  Maybe I was busy, maybe I was tired, maybe I got lazy, maybe it was because blogs seemed to wane with the increased use of Facebook.

I don't consciously have the definitive reason for abandoning it but I have a very good one for starting  it again.  The dear little girl who was a baby in the last post is now an almost three year old who is charming, bright, and beautiful. 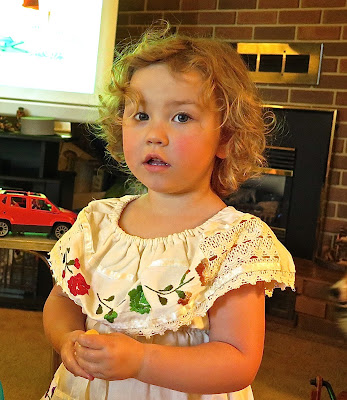 Dan and I love her more than we could have imagined.

A number of years ago I bought a book titled "Grandmother Remembers" and gave it to my grandmother to complete.  It's a scrapbook type of book with prompts for completing the pages, much like the books that people complete for baby's first years.  I'm so glad that my grandmother took the time to complete it!  It captures glimpses of her life that I wouldn't have otherwise (such as the charming tidbit that, before she married my grandfather, she thought that he had nice hair and he was popular) and is one of my most cherished possessions.  I only wish that my mother would have completed hers before her passing.

So, this blog becomes a modern version of "Grandmother Remembers".  Its format and writing style won't change from what I've already blogged.  It will be great if it has readers and makes connections with others, as it has in the past.  But it will really be for her, in much the same way that I hope some of my spun and knit items become family heirlooms. 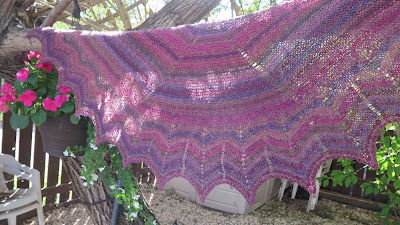 Such a great idea keeping a book like that. Berlin will treasure it I'm sure. I remember reading my great aunts diary's and wow, she was a very cool and crazy lady! Even the mundane details were interesting.

I can't think of a more exquisite reason for writing a blog. Beautiful idea. Beautiful writing from a beautiful grandmother. Can hardly wait to read more.

What a lovely reason to write again. Welcome back! Your granddaughter is cute as a button! :o)