After we had a few days of near normal temps, a lot of the snow had melted and thoughts had definitely turned to spring.
The downside is that the quick melt has caused major flooding in many parts of the province. The valleys are huge lakes and some people have had to evacuate their homes. There are busy highways and roads that are under several feet of fast moving flood water. It's not good.

The last couple of days have been cooler which should have been a good chance to slow down the flooding and let the ground soak up some of the water.

Instead, this is going on. 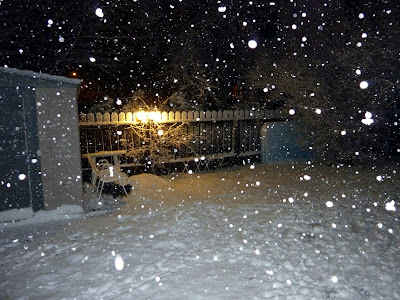 Just what we need - more moisture that the ground can't absorb.

The dogs don't seem to mind though. 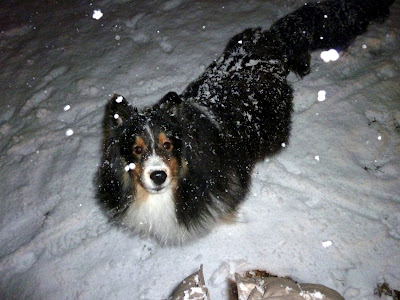 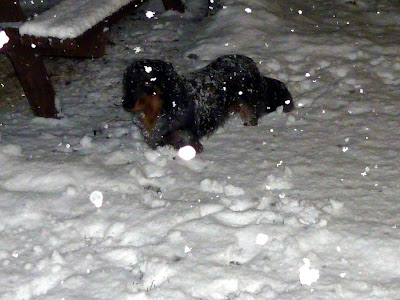 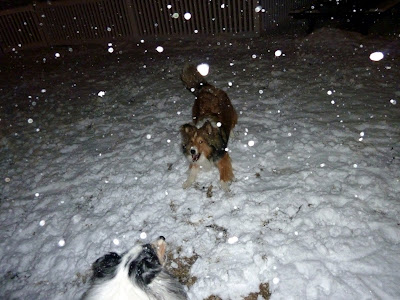 Boo to the floods, and I know what you mean about the ground not be able to soak up any more moisture. We've got rain instead of snow. Everything is squishy outside. Yesterday, we had three very dirty dogs come inside. I have to connect the hose. Only Denny enjoyed being toweled down. What a mess!
Hehe- word verification is - messe

uggg I hope that melts quickly for you!!

Here's hoping for some sunshine to come your way Susan :-)

Your dogs are braver than mine. Morris minds the snow, very much!

Yuck, snow! It snowed here today but most of it has melted away.