What the dogs do when I'm on the computer: 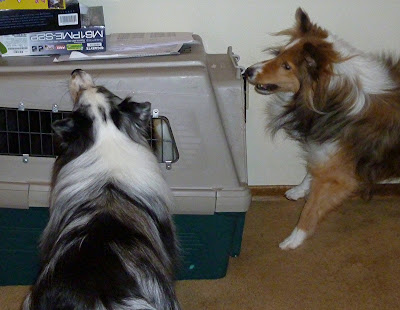 The shelties enjoy a game invented by Robbie.  It involves Robbie being in the crate and the other two acting like they're trying to kill him from the outside.  I don't know why this is such a popular game but they like it so much that Robbie goes out of his way to get me to put him in the crate by jumping up on the keyboard and barking until I oblige.  Note Robbie's smile while he's in there. 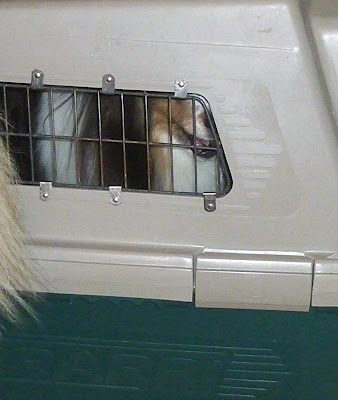 Bentley doesn't 'get' the crate game.  He stays out of their way. 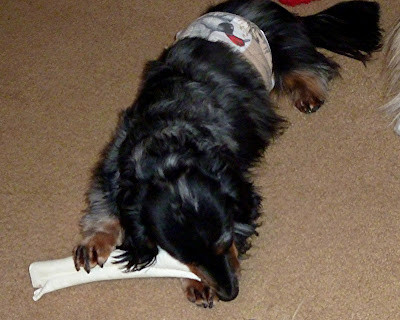 It was tough to get the above picture while Austin and Cooper were flying around, snarling and barking at Robbie.  I deleted a bunch of the shots but couldn't resist keeping this one of Cooper's furry butt.  That happy tail tells the tale (sorry, couldn't resist) of how much fun he was having. 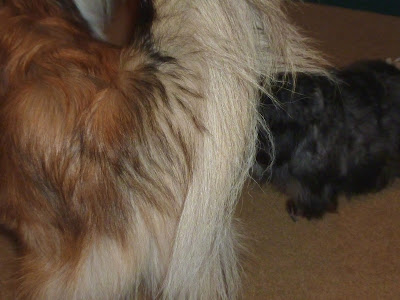 lol This is soo funny. What does he do to end the game?? Do he go all rageing bull and fly out of there??

That is so funny!You can tell how much fun they are having,especially the one in the crate!phyllis

Funny how they come up with their own games! Yeah, I'd like to know the end of the game too!