I think tomorrow will be the day.

I've been watching the first ripening tomato for a few days now. 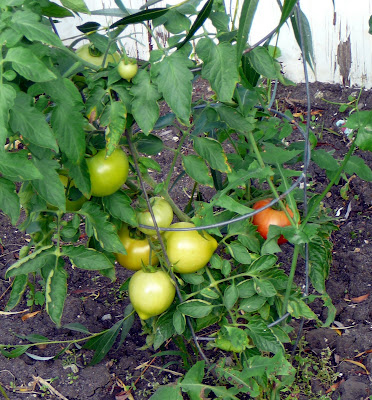 Garden-ripened tomatoes are my favorite food. You can't buy anything like them at the grocery stores, even those tomatoes on the vine that smell like garden tomatoes. While they're generally better than regular bought tomatoes, they still don't taste like the home-grown ones. 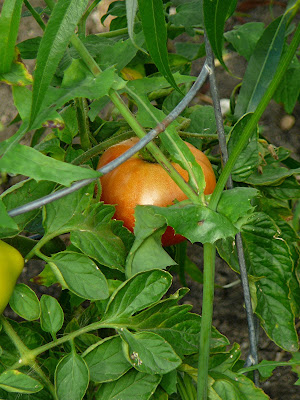 We've had several zucchini(s)* already. I like them but they're not as good as tomatoes. 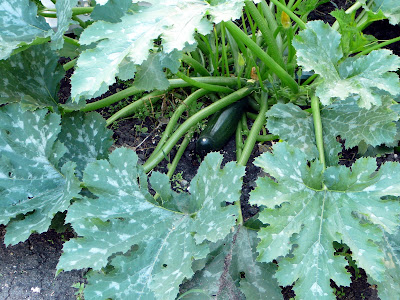 *I just checked an online dictionary and both plural forms are correct: zucchini and zucchinis. I learn something new every day.
Posted by Susan at 6:02 PM

I am missing our garden this year. Next year though, without a doubt we will have veggies growing. YUMMY

I'm finally getting tomatoes out of my garden too! Nothing beats the taste of a tomato out of your own garden.