the spectacle of Blue Man Group

Dan and I had tickets to see Blue Man Group's 'How To Be A Megastar Tour 2.0' last night.
SEN-SO-RY O-VER-LOAD

We had great seats and I was able to take reasonably good pictures. The opening act was an artist (sorry, I didn't catch his name) (see edit*) who painted portraits to the rock music that was playing. He was pretty amazing. Each portrait took about 5 minutes to complete from blank canvas to finished portrait. 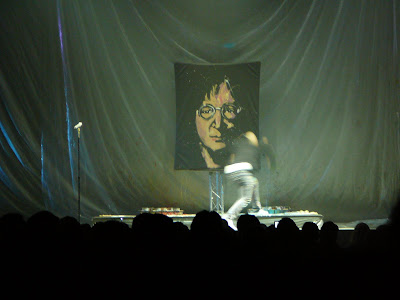 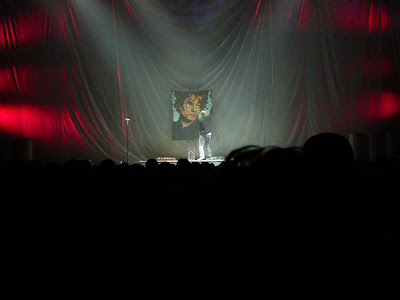 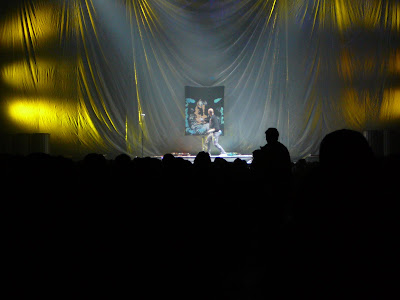 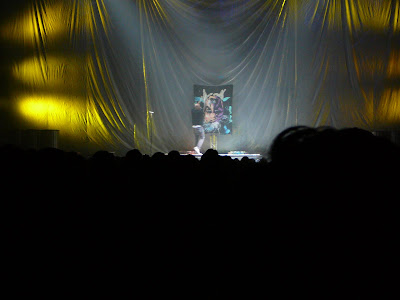 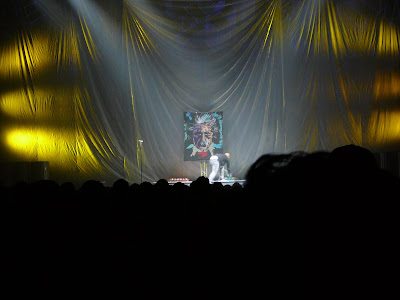 yes, he painted Einstein up-side down!

And then it was time for Blue Man Group. The show was interactive and clever, with lots of lights and loud music. The band was very good.

This picture shows just how bright it was at times. 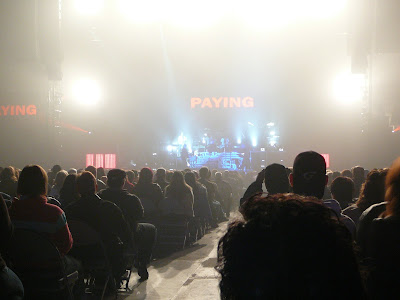 The Blue Men were also talented percussionists. If you look hard you can see them drumming at the sides of the stage with the trademark paint bouncing off the surfaces. 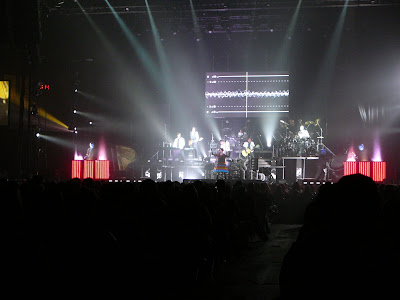 They moved into the audience at times. We were right beside the sound and light engineers. 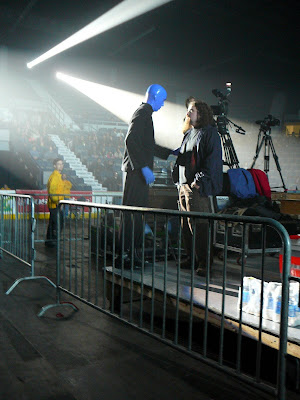 As the show neared the end, they got a guy out of the audience to introduce the band. 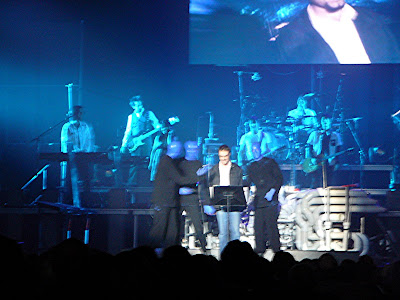 And the finish, with all the appropriate effects. 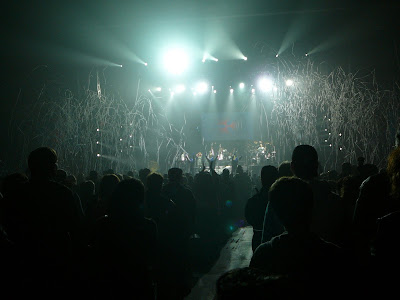 This is a family-friendly show and there were quite a few kids there with their parents. It was nice to see a show that the whole family could attend.
*edit: Dan remembered the artist's name. He is David Garibaldi. Here's a link to a YouTube video of his act.
Posted by Susan at 2:45 PM

I was just watching on the telly that the Blue Men are coming to Toronto to do a show. That artist was amazing!