if it's Thanksgiving in Saskatchewan...

If it's Thanksgiving in Saskatchewan, there must be snow. Here are pictures from last year's Thanksgiving weekend. Now here is what it looks like in the back yard today. 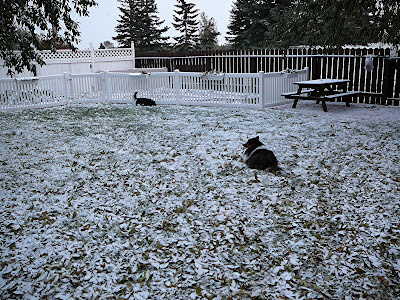 Not as much snow as last year but it's cold and windy. Yuck.
Two weeks ago we were having record breaking heat. How quickly things can change.

The shelties love the snow. Robbie rolled in the snow for a while and then noticed that I had my winter boots on and remembered one of his favorite games, Kill the Boot. Most of the trees are still full of leaves but the Ash trees drop them all at the first sign of cold. Smart trees. 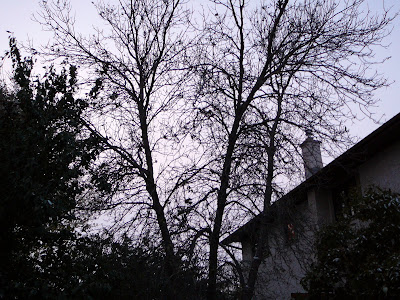 I saw a rabbit in the park this afternoon and it was still brown so I'm hoping that means that winter is not here to stay just yet. The geese aren't taking any chances though. There are hundreds flying overhead, preparing for their fall migration. 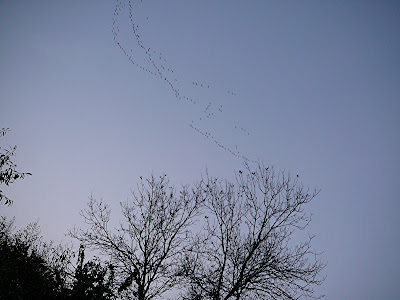 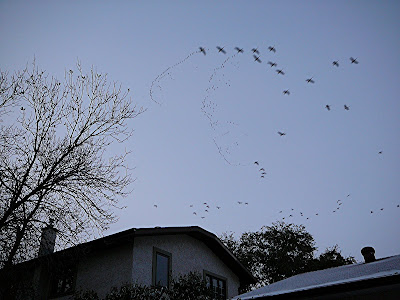 I still haven't heard what prize I won in the Schacht contest but I know it wasn't a grand prize as the winners were announced last night. In the meantime I finished these two big skeins of Roberta-spun yarn using Spunky Eclectic Club fibers, "Pansy" Romney and "Rolling Hills" BFL. I have no idea what they will become but I'm enjoying looking at them for now. 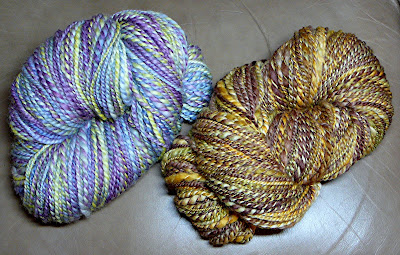 Well, we were in Ottawa yesterday, and it rained all day. It still rained when we got home late last night. I like snow better.
Your new yarn looks lovely. I can't find the time to do any crafting right now, so sad.