The Furnace That Was Swift Current 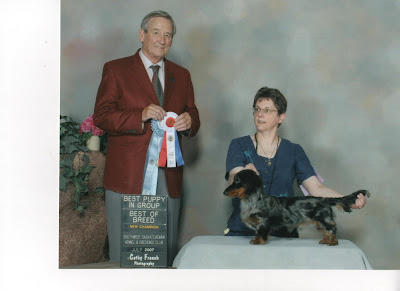 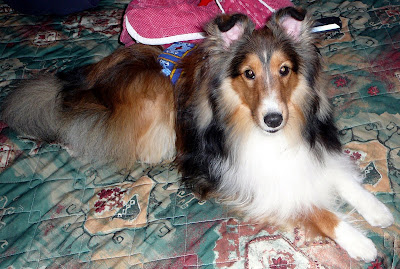 My sister Darcie's sheltie puppy Kai also had a great weekend getting four more points toward his championship bringing him to seven! You can see Kai lounging in the cool air of the hotel in this photo.

We were incredibly glad to have the cool air in the hotel on the weekend as the weather was hot, hot, hot!! The temps in Swift were in the high 30s C (around 100 F) so the show building was a furnace. 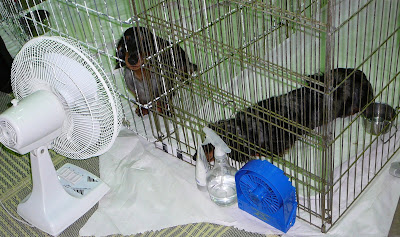 We made sure that the dogs had plenty of cold water and we had fans on them in the building. Chloe is in a separate x-pen because she became a woman on the weekend, having her first season. 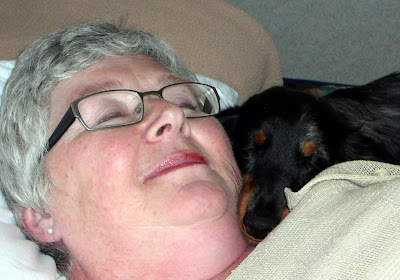 Bentley and his 'grandma' Daphne enjoying a little cuddle in the cool air at the hotel.

And another one bites the dust.... 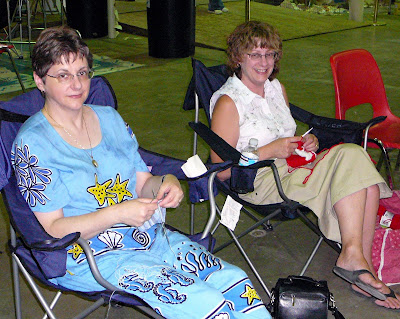 Darcie requested that I bring along some spare knitting needles and yarn to teach her to knit so that she can help Katie. The knitting sang their song to her muse and she is now a knitter! At first she commented about how relaxing the repetitive nature of the knitting is and then she started picking up the needles every spare minute. Hee hee.

We had several people ask us about our knitting and one woman said that she was glad to see us as she would like to bring her knitting to shows too but was worried about being teased. Slowly, we will convert the world....
(Daphne took the picture of me and Darcie knitting at the show on Sunday.)

And I'll end with some more beautiful Saskatchewan sky pics. 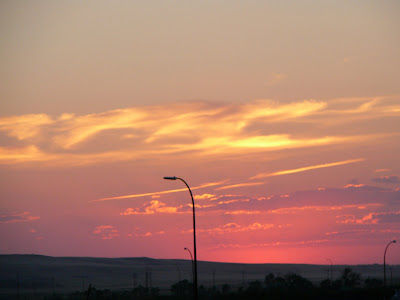 An amazing sunset over the dry hills of Swift Current. 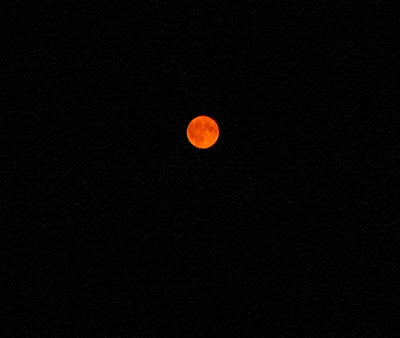 The full moon from my backyard after getting home Sunday evening. I think that there is a slight haze in the air from the forest fires in Montana (which is pretty darn far away!) turning the moon this lovely color.
Posted by Susan at 10:01 PM