My Ashford Elizabeth 2 kit came in yesterday's mail. I ended up getting it from Shuttleworks in Calgary because the supplier for my LYS, Golden Willow, has it back ordered for at least a month. I was very impressed with Shuttleworks. They have a large inventory, the package was shipped promptly, and the price was great.

Here are all the parts ready to be assembled (the remote controls were not in the package). 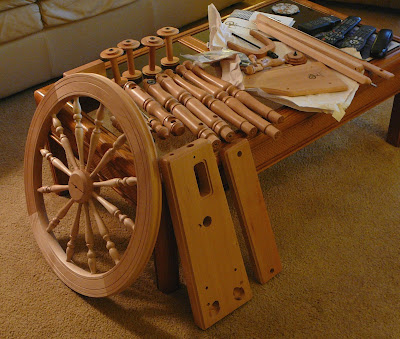 I put the wheel beside my Ashford Joy as a size comparison. 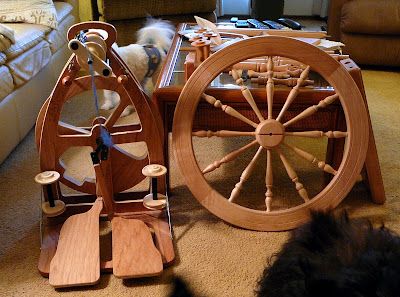 I'm glad that Dan was around to help set it up. I don't think I would have had the strength to assemble some of the parts.

Here she is, all set up! (By the way, Poke's eyes don't normally look as if he is possessed.) 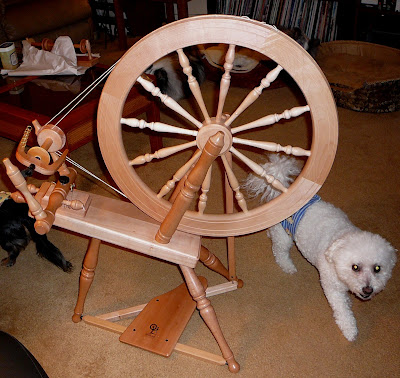 I oiled it up and tried spinning some Romney fleece. I had a little trouble getting the double drive band tensioned properly but here is evidence that it works! (uh, I didn't spin with the drive band set the way it is in the pic. I had already taken it off the whorl when I snapped the photo. I may be new at this but even I realize that this set-up wouldn't have worked at all!) 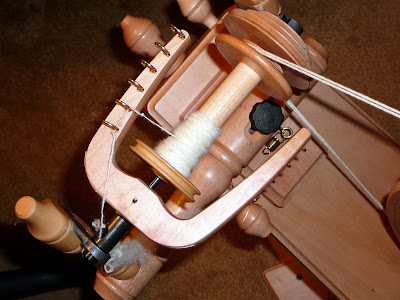 As for my Joy, she is sporting a new Woolee Winder. It's way cool! 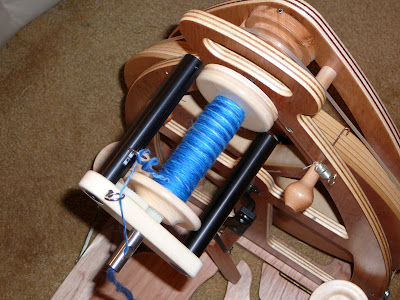